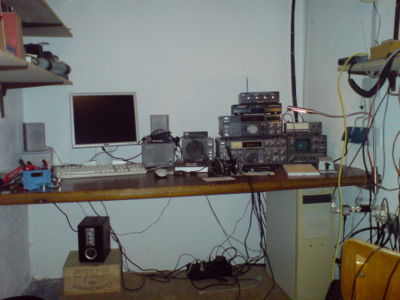 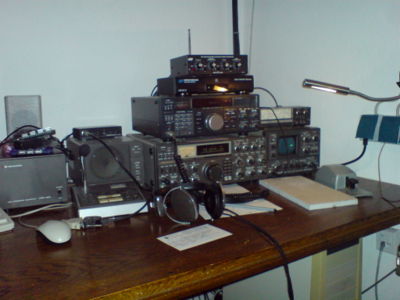 There's some wisdom saying that you need a good receiver first of all. The next thing you should think about is a good antenna. I have been experimenting with several antenna types, mainly with the simpler versions of Inverted Vee and Quad Loop, but I have come to the insight that a good multiband vertical is a decent compromise between space consumption and multiband usability. That's why I have purchased a GAP TITAN. The next thing to consider is a sufficiently good transmitter. I solved the transmitter / receiver question first by buying a sturdy Kenwood TS-520S valve TRX. A very good decision, I must say now 15 years later. Around 2001 I bought a second hand TS-930SAT, and this is now my core device.

Here's an overview of my nice little shortwave toys:

As a member of DARC e.V. I enjoy full insurance of all antennas:

As a vacational sailor and holder of two naval radio degrees (SRC-equivalent, LRC), I own and operate these devices: