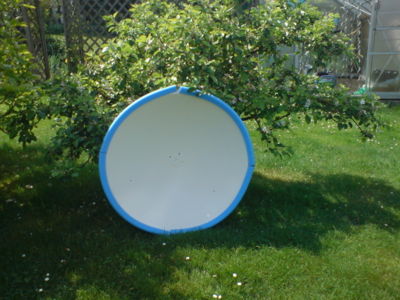 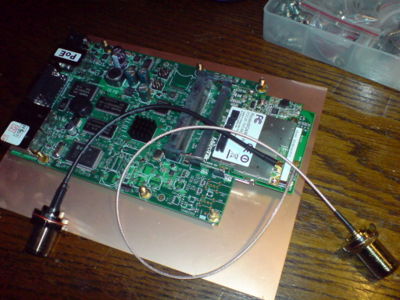 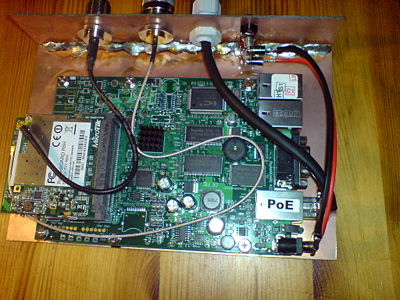 This is the master project of all these WIFI link projects. All the other projects only served for acquiring according knowledge, but this time, we'll do the real thing: Set up a high speed link over really long distance. We're still looking for a link partner position. Initially we hoped to put the dish on top of Fachhochschule Regensburg, but it seems that this is not possible for organisational reasons. Eventually, we intend to hook up to the emerging HAMNET Amateur Radio Highspeed Backbone that is currently being built in Austria and the south of Germany.

The DARC district Oberbayern has decided to spend 5000 Euros to buy a number of sets of exactly the type of hardware we're using. Oberbayern is intending to set up a backbone infrastructure across southern Bavaria, and we hope to lead the network a bit northward to Oberpfalz. Yet, the big goal will need some more and financially better equipped carriers and clearly exceeds my private focus.

Precursors of this project are these projects:

Milestones of this project

We have the same hardware on both sides:

Let me collect some links beforehand:

In a discussion on Saturday 09.05.09 we found out that the receiver sensitivity of the WIFI cards we're using is far below all standards known for amateur radio devices. The specification says that the sensitivity is as low as -79 dB for 54 MBit/s connections (referring to a 22 MHz broad signal). As opposed to the transmission power and the prospected gains from the dish, the transmission path is not the side that will deserve our main attention: Enhancing the reception path will promise the highest gains.

Since it was our initial plan to place the router board directly into the focus of the dish, we decided against it, on grounds that we intend to use a highly selective preamplifier, just in the focus of the dish. Given that, the router board doesn't need to be in the focus any longer. Having less weight out there with half a meter of leverage, our dish will also gain more mechanical stability.

So it will be the task of Bernd, DJ6PA, to construct the ring exciters and the pair of preamplifiers - one for 13cm and one for 6 cm.

Given that we will be using preamplifiers anyway, we can live with the 0.5 dB loss of the H2000 cable that connects the preamp in the focus and the router board.

Our pair of dishes has a diameter of 1 meter. Sure, this will give us a gain of about 26 dB on the 6cm band and almost as much on the 13cm band. But such big dishes have a disadvantage: The propagation angle is extremely small. We calculate less tha 1 degree on 6 cm. The transmitted beam is thus very, very narrow. Since the dish is quite big nevertheless, it is very prone to vibrations caused by the wind.

With an estimated propagation angle of about 1 degree, in 30 kilometers distance the diameter of the beam will just be about 500 meters. So only slight vibrations of the mounts will cause the beam to be off the target. It will be vital for a stable link to mount the disk as mechanically stable as possible, and not just on one side, but on two sides.

As for the next milestone of the project, to set up a link over 30 kilometers, it might be more advisable to try a smaller dish at first. This is also an interesting insight given that we have established connections on 10 GHz between DB0MHB and stations in Regensburg using far less transmitting power and smaller dishes.

5.1 Burdens of the installation 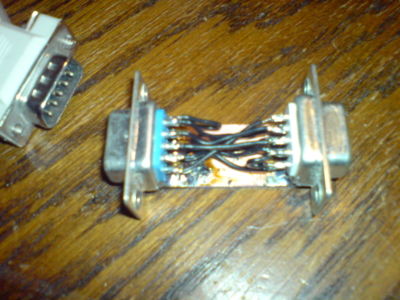 Before you can get access to the device, you need a Nullmodem. I just followed the cabling instuctions given here and it worked from the beginning.

The speed is 115200 bit/s and the login credentials after a fresh installation are admin and no password.

I decided to pick the following frequencies for the link experiment:

Antenna construction is probably most visible engineering effort in the entire project. We are constructing a weatherproof pair of concentrical ring exciters for the focus of the dishes. Here's some theory...

And some practical guidance:

And some print literature:

The perimeter of the ring is 1 lambda (1 full wavelength). We calculate the wavelength with the formula

Since it is easier to shorten stuff than to lengthen it, we're starting with slight overlengths:

The distance d to the reflector should be 1/8 * lambda, so

The exact length if the ring wires can be measured with a SWR meter / reflectometer that can determine the resonnance point of the antenna by comparing the fed and the reflected HF energy. You generally iterate over a frequency spectrum and measure some SWR values. Then you draw a graph. There should be a minimum at some point, but with overlengths the minimum should be below your target frequency. Now we can shorten the antenna until we have a perfect match at the operating frequency of our intention.

As the works are advancing, I will provide more information.

The cases are ready. I have built two cases for each Mikrotik board. The cases have consumed some thought, especially on how to make them weather-proof. I got inspired by the design of SSB's preamplifiers: The board carrier PCBs slide into the case from the bottom and are led by U profiles. The carrier board doesn't just slide in to shut the case but goes in a centimeter deeper to provide a drain ridge so the rain drops won't flow into the case. And finally, the current setup allows very easy sealing. Here are some photographs: 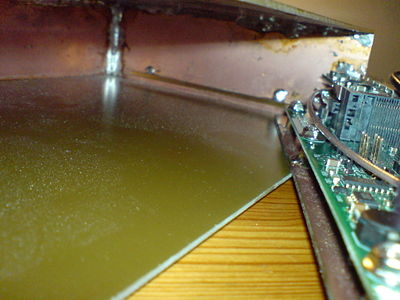 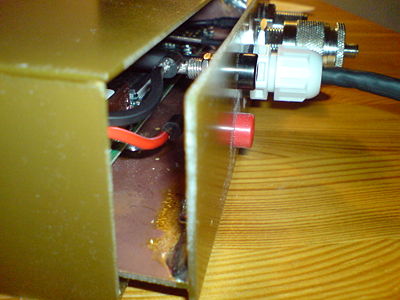 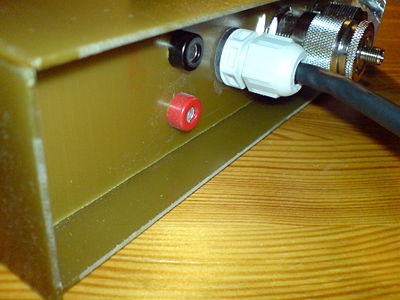 During the recent hot August summer days I noticed that the cases will heat up enormously when exposed to sunshine. In order to prevent overheating, I decided to apply some additional trick: I will attach mirror plates to the case to reflect the sunlight energy and reduce the absorbed heat.

On 5.680 GHz, a preamplifier of Michael Kuhne DB6NT will be used:

On 2.380 GHz, I am experimenting with another preamp (http://www.bmelectronics.de/) but we will see if that's a good solution.

The preamps will be mounted right on the feeds of the antennas. 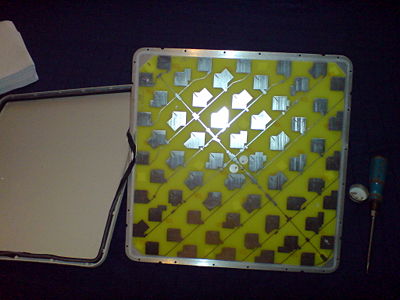 This is just a little notepad for an idea: Since the Mikrotik boards as well as the RouterOS support the NSTREME mode where transmit and receove will be split across different cards, it would be possible to serve a link in duplex mode PLUS transvert it into the 10 GHz band. There, practically no bandwidth limitations apply...

The Atheros chipset covers the following base frequencies, among many others:

Which permits the establishment of really bold links...