This little project goes back to a phone call a couple of years ago, where my phone partner told me that he was interested in programming bare bone Atmel 328 ICs. I thought, well this is kind of interesting, because the Arduino platform is quite nice, but there are times where I wanted to have such a little logic platform alone without the need to have a standard Arduino PCB.

So I got myself a couple of Arduino ICs from Sparkfun.

It took me a long time until I had the opportunity and spare time to try them, but now I did and here are my insights! 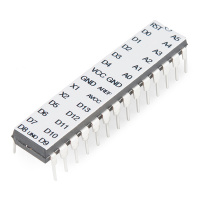 Note that you can also get this IC from Reichelt: https://www.reichelt.de/arduino-atmega328-mit-arduino-bootloader-ard-atmega-328-p230602.html

I followed this instruction here: https://www.kriwanek.de/index.php/de/arduino/boards/410-minimal-arduino-f%C3%BCrs-breadboard

I am taking the circuit from Kriwanek's web page: 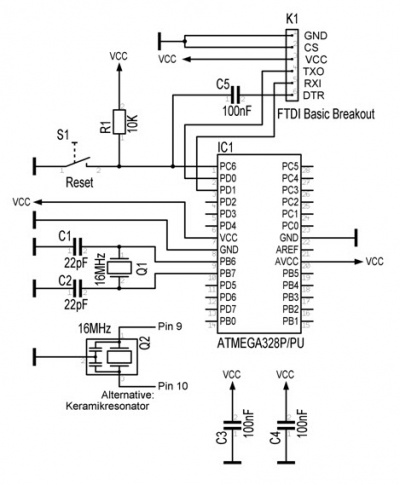 Oh, well, the program was just a standard program to show that flashing worked fine.

Note that in the programmer you need to check the board Type: "Arduino Uno". 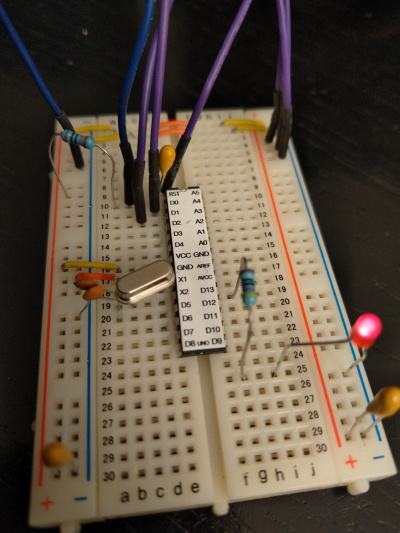 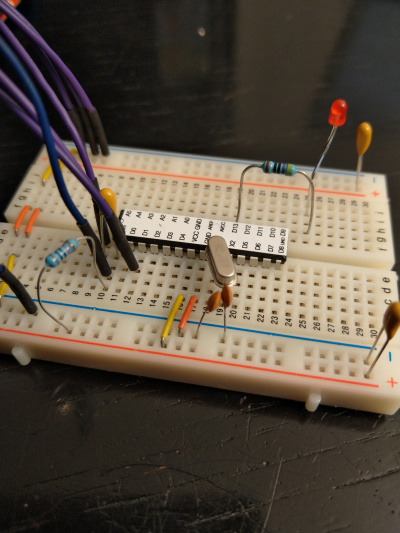 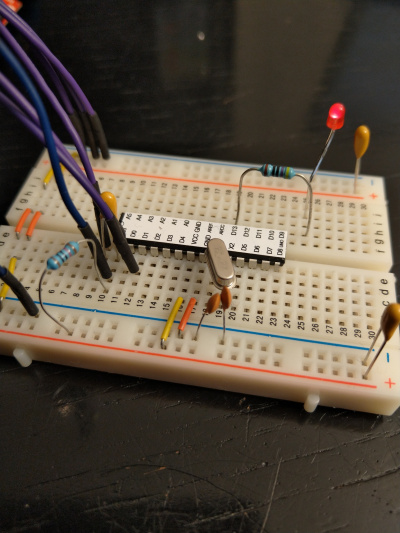 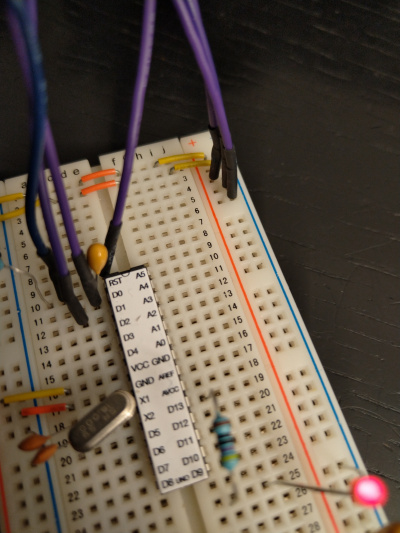 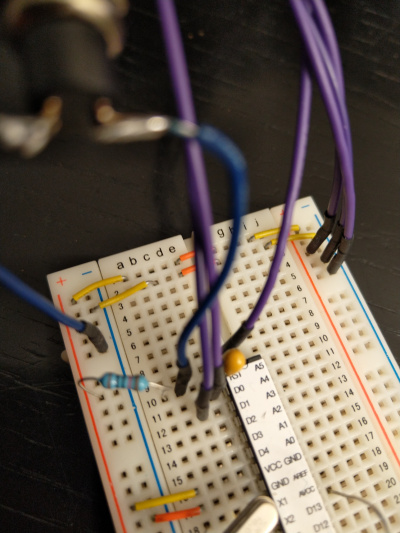 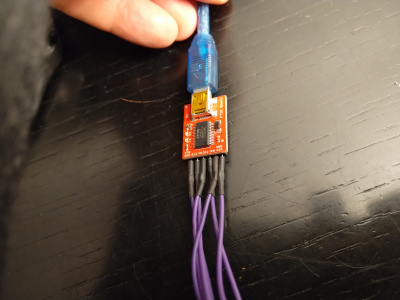